The Number One Mistake to Avoid During An Interview

I had a very interesting (although not pleasant) experience while I interviewed a candidate last week. For the purposes of this post, let’s call him Michael.

Meet Michael – Michael had good credentials, high energy and a pleasant personality. He was short-listed for the 2nd round. After we talked for a few minutes about the general stuff, I wanted to know  more about his experience.

When I asked questions about how he dealt with certain situations, I got general responses. I probed for specific examples. I was certain he had encountered similar situations in the past and I wanted to get out the ‘hidden gems’.

Michael though, instead of cooperating became defensive and emotional. The situation became awkward. I believed that he could do the job but I had real concerns about how he would react under pressure.

Interviews are stressful for all the parties involved. The interviewees want to communicate their skills and experience in the best possible way; the more they want the job, the more stressed they are. On the other hand, the interviewers want to identify the best possible talent that would fit their organization. Especially for small companies, a hiring choice can make a team successful or not. Because  there is a lot at stake, emotions run high. 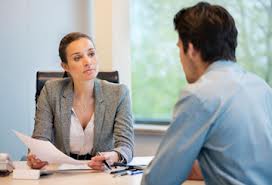 Nevertheless, the number one mistake to avoid during the interview process is to become defensive and emotional. Be prepared that employers would like to see how you react when things don’t happen as you have planned.

Even if they are not certain whether you have all the necessary skills, most of them can be addressed by training. And I am firm believer that because you haven’t done something in the past, it doesn’t mean that you cannot do it in the future. Everything depends on how motivated you are.

However, if employers have concerns about how you react when you are under pressure or whether you will be difficult to work with, then these are much more difficult to fix.

Recruitment is a bit like marriage. You go forward because you believe there is a good fit, although you are never 100% certain whether it will work out or not in the long run. If though you have question marks in your mind, then you will be better off not to proceed. In a business setting, it is more probable that there are other candidates (unlike in a marriage).

The bottom line: It is important to show that you have the skills to do the job. It is equally important though to show employers that you can deal with stressful situations and you will not be difficult to work with. So, even if you are outside your comfort zone during an interview, keep calm and positive and don’t become defensive.

What do you think is the worst mistake somebody can make during an interview? Please share your thoughts.

Korina Karampela is the founder of b4iapply, author of 2 books, consultant and speaker. She has been working in senior positions in the pharmaceutical industry for more than 12 years and has an MBA from MIT Sloan. Her b4iapply blog is recommended by The Guardian for professional development.

This entry was posted in b4iapply for a job, Before I apply, Career Advice, Interviews, Professional development and tagged how to get prepared for an interview, number one mistake to avoid in an interview, tips for interviews, what not to do in an interview. Bookmark the permalink.